A dedicated effort to save a life! 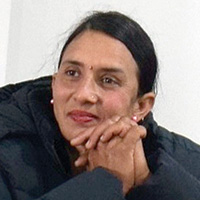 Ram (name changed), worked in Kathmandu. In 2016, he returned to his hometown, a remote village in Gulmi district, to visit his parents and three brothers. He was coughing for over two weeks and constantly losing weight, so his mother took him to a nearby health post, however, they had difficulty diagnosing his exact condition. One of our volunteers, Ms Gita Bhandari was also at the health post assisting a very elderly ill person. Ms Gita suspected Ram of having TB. She realised his mother was very stressed as her son’s illness had not been diagnosed yet, so she recommended them to test for TB, which came out as positive. However, Ram who was only 15 years old, felt stigmatised; he was afraid of his condition being known in public and threatened to kill himself if anyone found out. He actually attempted suicide but was luckily saved by his mother and Ms Gita. He also refused to go to the health post to take medicine. Gita made a promise to Ram that she would bring his medicine to his house every day without letting anyone know. She kept her promise by taking deserted pathways and changing her routes to avoid being seen, even sometimes at great inconvenience to her.

Whilst at his home, she would counsel him, consistently and carefully assuring him that he would be alright after the treatment, giving him constant hope. She did this for the six months of Ram’s treatment. After completing the treatment, they returned to the health post and no trace of the disease was found. Gita’s care and constant support made Ram feel empowered and also gave him the courage to become vocal about his condition. He also began helping people through their treatment and teaching people that TB can be cured by regularly taking medication and having a healthy diet.

We would like to thank Ms. Gita and all our volunteers for working days and nights with such motivation, enthusiasm and patience in the diagnosis and treatment of the people with TB.