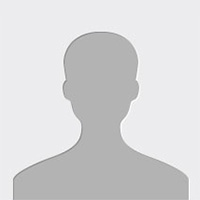 Mr. Hari Bahadur Rajbanshi from Morang district went to Mumbai, India in search of a job where he worked for 10 years. During his stay in Mumbai, he started to visit brothels and engage in sexual activities during his leisure time thus, making him a prime target for HIV infection. Upon returning from India knowing he was HIV positive, he hide this from his family mainly because of social stigma and the fear that his reputation would be tarnished. This decision led to both his wife and daughter being affected by HIV/AIDS.

Hari Rajbnashi was a participant in the HIV/AIDS Awareness Programme jointly organised by BNMT and the District Public Health Office (DPHO) in Morang district. This two day orientation was targeted towards migrant workers and their families about HIV/AIDS infection, the access to Anti Retroviral Treatment in the district, safe migration as well as coping strategies for infected and affected families.

After the orientation, Hari Rajbnashi has become one of the best ambassadors for this cause in raising awareness on the spread of HIV/AIDS amongst migrant labourers, teenagers and students in his community.

South Carolinas State Board Of Education Approves Highschool Biology Course From Discovery Schooling For Statewide Use
In a world where competitors for jobs, pay will increase, and academic success continues to increase, certifications offer hope to candidates and educators. Certification helps to professional thesis writers build...